Parents or the family law system to blame? 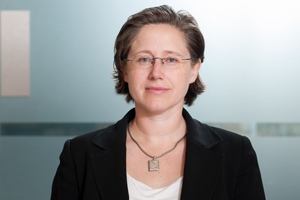 Sarah Phillimore a Barrister with St John’s Chambers tweeted recently some rather less than flattering comments about parents who use the family court system, a selection of which are as follows:

“don’t have a baby with someone you don’t like and don’t respect.”

“they keep impregnating these awful harpies”

“Courts would be great if those attending had some insight and took some responsibility for their awful choices.”

Sarah’s apparent simplistic thinking about parents who use the family courts and the parents she represents, is quite an eye opener in how this particular family lawyer sees every day users of the family court system. The utter eye-watering disdain in such tweets about parents who find themselves using the family court system to resolve living arrangements for their children and their post separation finances, from a family law barrister is perhaps a concern, if it was reflected more widely by those working within the system. Fortunately, in my experience most of those working within the family law courts do not hold these kind of black and white views, or certainly at least do not tweet and blog them.

Most if not all readers will be able to appreciate that people from all sorts of background end up separating/divorcing and plenty of them will need to use the family courts to resolve issues about their children or finances. Just because parents cannot agree about specific living arrangements or who gets what slice of the assets or what the amount of maintenance is, does not mean that one or the other is behaving badly or that both are doing so. Although it certainly can be the case of course.

It should not need saying particularly to a family lawyer like Sarah but people get together in a myriad of circumstances and despite most of us wanting life to be as simple and straightforward as she tweets, hindsight is a wonderful thing for many of us.

On a broader point the family court system has some excellent Judges, Cafcass workers, lawyers, social workers etc. Some who are good and others who are no better than awful. As in any sphere of life there are the good, bad and ugly. However, it is the adversarial system that is the real problem and although great strides have been made to improve matters over recent years there are still huge improvements necessary.

Coming back to Sarah Phillimore Barrister, a retweet I made attracted her attention and tweets from Sarah to me, so in response I posted links to quotes from Lord Justice Munby, Lord Justice Ward and Sandra Davis, head of family law at Mishcon de Reya who had all expressed their concerns in one way or another about the efficiency of the family courts.

There are plenty of other such comments available from those within the judiciary and lawyers who work in the family courts, who have also expressed their concerns about the capability of the family law system at times or it’s dealing with certain issues. Hardly controversial one might think in such a fraught area.

The many parents I speak to fairly often are completely bemused by the unwieldiness of the system and how it seems to them set up to benefit those working within it, rather than the users. Plenty of mothers and fathers have legitimate concerns about the family court system, either in its approach to living arrangements or domestic violence. The experience of some users is a relatively positive one but far too many parents still find the system slow, expensive, incompetent and unfair. Nobody expects everybody to be pleased about the outcome of a family court hearing, it will never happen but some of the experiences that people still have in the family courts are appalling.

Contrary to Sarah Phillimore’s rather naive argument that better sex/relationship education and more counselling/therapy would stop people using the family courts (not a bad thing in itself), there is a view that a consistent message from the courts and from government is necessary (as with education) of what is expected of parents after separation/divorce regarding their children and finances, plus the invariable consequences if not followed.

It is not satisfactory to simply blame the parents as Sarah Phillimore appears to do, the system is not capable enough in many areas presently and needs to evolve into a system that works for its users, parents being informed and them understanding the high expectations and the serious consequences if they do not comply.

Good Judges, good Cafcass workers can certainly improve situations particularly if the parent is supported by a good lawyer or McKenzie Friend. People often go to court in desperate circumstances and as a last resort, they expect the courts to help them and their children, that is not always happening sufficiently enough. It is not good enough to say nothing can be done, particularly when others within the system overcome any hurdles and help parents and their children.

Education is a right for children and having ‘good enough’ parents in your life as a child, is also a right. Protection from domestic violence, neglect and abuse are also rights for children. We deal with one well enough (education), the others should also be dealt with well enough and also consistently by the family courts and government policy.